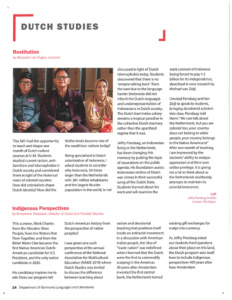 This fall I had the opportunity to teach and shape one month of Dutch culture courses at U-M. Students studied current racism, anti-Semitism and Islamophobia in Dutch society and considered them in light of the historical roots of colonial injustice. How did colonialism shape Dutch identity? How did the Netherlands become one of the wealthiest nations today?

Being specialized in Dutch colonization of Indonesia, I asked students to consider why Indonesia, 54 times larger than the Netherlands with 261 million inhabitants and the largest Muslim population in the world, is not discussed in light of Dutch Islamophobia today. Students discovered that there is no “empire talking back” from the east due to the language barrier (Indonesia did not inherit the Dutch language) and underrepresentation of Indonesians in Dutch society. The Dutch East Indies colony remains a tropical paradise in the collective Dutch memory rather than the apartheid regime that it was.

Jeffry Pondaag, an Indonesian living in the Netherlands, has been changing this memory by putting the topic of reparations on the public agenda. His foundation assists Indonesian victims of Dutch war crimes in their successful suing of the Dutch State. Students learned about his work and will examine the stark contrast of Indonesia being forced to pay 4.5 billion for its independence, described in new research by Michael van Zeijl.

I invited Pondaag and Van Zeijl to speak to students, bringing decolonial activism into class. Pondaag told them: “We can talk about the Netherlands, but you are colonial too, your country does not belong to white people, your country belongs to the native Americans!” After one month of teaching, I am impressed by the students’ ability to analyze oppression and their own settler privilege. It is giving me a lot to think about as the Netherlands stubbornly attempts to maintain its colonial innocence. 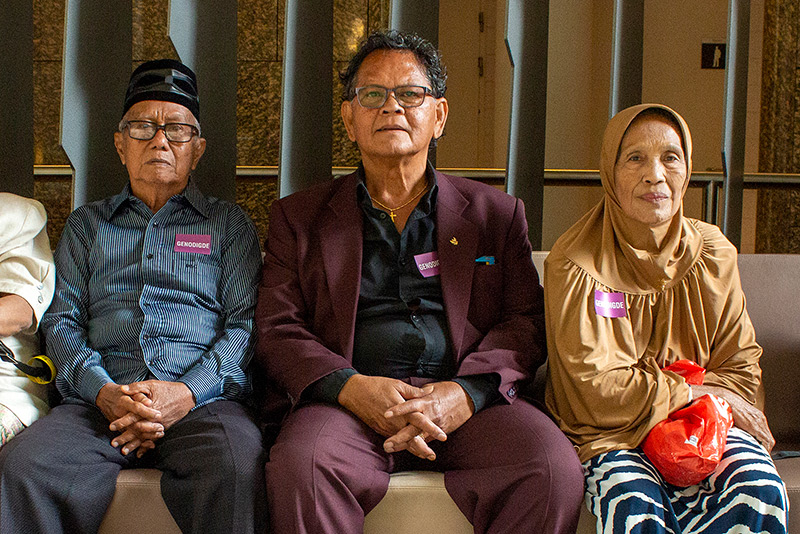